In our collection at State Records NSW we have gaol photograph description books which include a mugshot of the prisoner plus a list of their convictions. We’ve gathered together mugshots of some real life Underbelly: Razor characters below. Do they look like their TV counterparts?

« Check out more on our Tilly Devine Gallery » 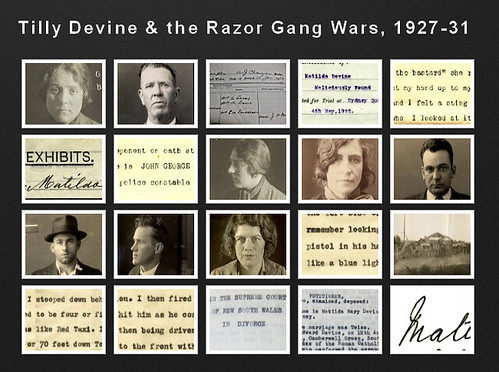