In 1947, the Warden of the New England University College (NEUC), Dr Madgwick wrote to the Under Secretary of Justice of NSW stating ‘This was all very silly.’[1] He was referring to a decision that records located in the Armidale Court House could only be researched by NEUC staff and students at the State Library in Sydney  over 500 kilometres away). Local access to historic records was forbidden. 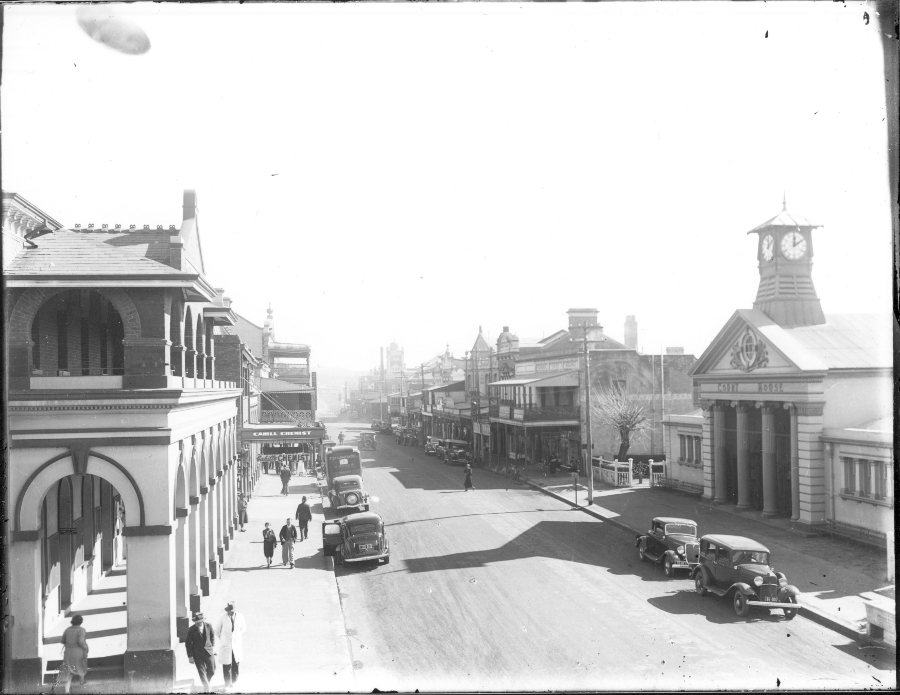 Only a few years previously during World War Two, Armidale was the chosen location for storing material held by the Mitchell Library. To argue within five years that the same locality could not be trusted to manage government records inflamed local sensitivities. Many New Englanders saw this as further proof that Sydney did not care and that seceding from New South Wales was the only solution. Following further insistent requests from Madgwick, this decision was reversed and the Armidale Court records were transferred to NEUC custody in July, 1947. This was the first example of both custody and control of state records being placed in the hands of what became the University of New England. From this success, Dr Madgwick went on to publicly call for community donations to provide regional documents for academic research in 1954. ‘This work … can only be done with the sympathetic support and encouragement of the people of the region and I appeal to all those who have family papers and records of any sort to get in touch with the University.” In order to house these records being sought from the New England community, the University formally committed at least a quarter of the floor space of the basement of the then Library as an Archives Repository in May 1957. The University of New England also obtained a professionally qualified archivist and librarian in Frank Rogers to be the University Librarian. Rogers in turn recruited an able volunteer in retired Vice Admiral Sir Richard Lane-Poole to be the university archivist under Roger’s guidance. This was all in place before the passage of the NSW Archives Act in 1960. UNE had lobbied the Premier asking to be recognised in this legislation as a regional repository for the State Archives.  UNE was satisfied with Rodgers being given a seat on the Board created by this Act to manage the state’s archives. Rogers then relinquished his archival work to the first full time archivist at UNE, Mr. R J McDonald. He briefed McDonald to:

‘Collect all research material likely to be of value in throwing light on the historical, economic and social development of Northern New South Wales from the earliest European settlement until recent times.’ 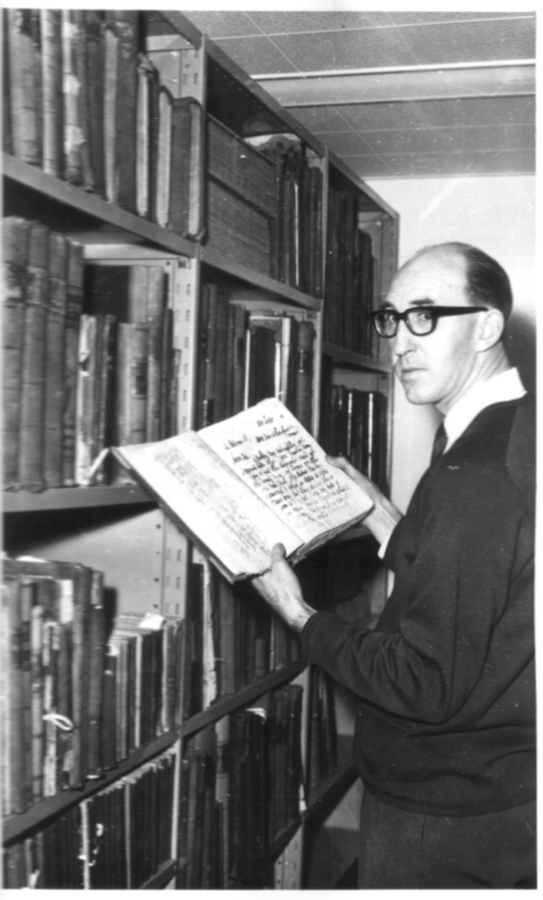 The further collection of research material fell to the second archivist Alan Wilkes. His wide ranging travel for over twenty years to collect records was something of a university legend. For example in 1964 he wrote to one potential donor.  ‘I note your remarks about the inaccessibility of “Kunderang” except on horseback. Like Mr. McDonald I am no horseman, but I am willing to risk my neck to collect these records if you can provide a not too mettlesome animal to carry me.’[2] From these early beginnings, the archives at the University of New England went about its business of becoming the principal repository for the north of the State. Collections range from the administrative records of the New England New State Movement to the papers of many landholding families and community organisations. The relationship with the New South Wales Archives Authority (now State Records NSW) continues to this day and the collections continue to grow under the original directive.

‘Collect all research material likely to be of value in throwing light on the historical, economic and social development of Northern New South Wales from the earliest European settlement until recent times.’