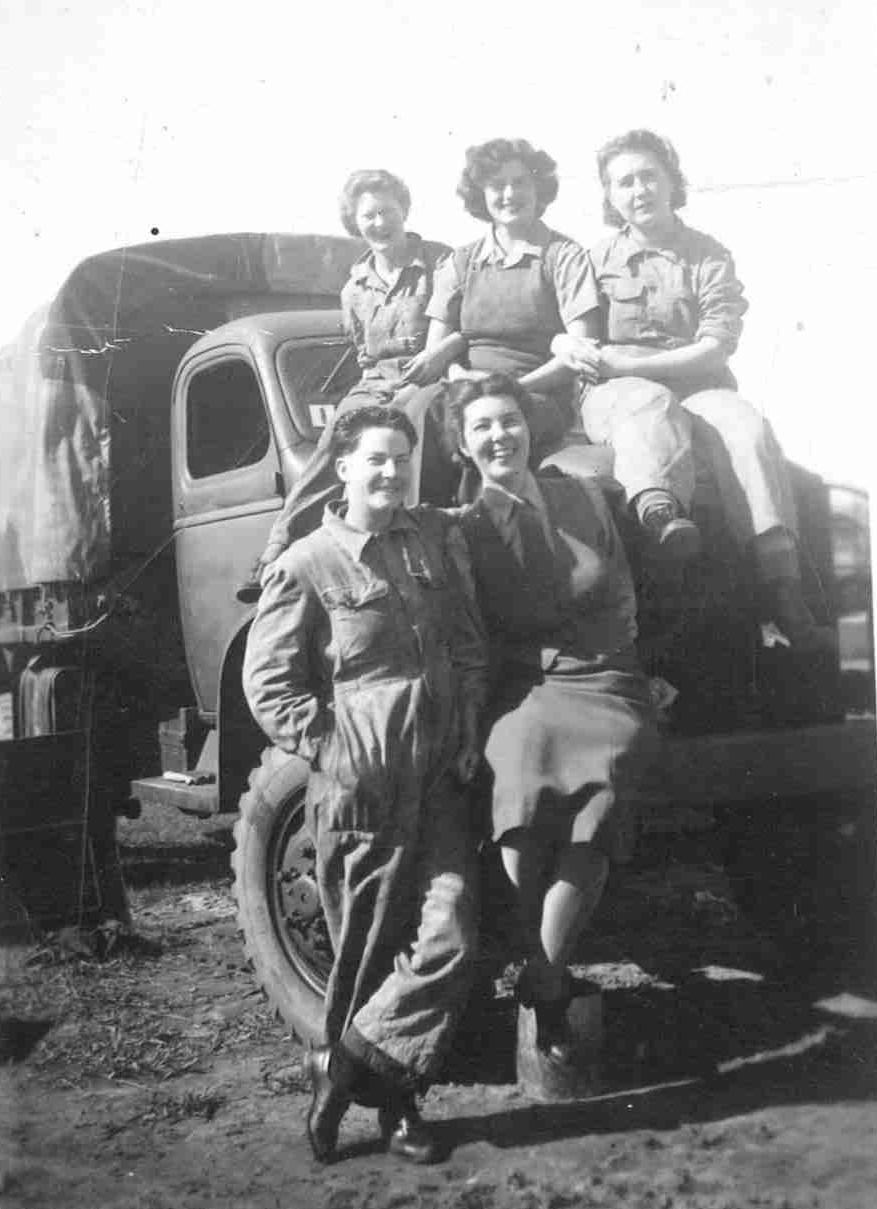 June Dietrich, a staff member at CSU Regional Archives, has recently begun a research project looking into women’s groups and organisations who volunteered their services during World War II. On discovering the lack of existing published information, June decided to write a series of articles to honour and remember their contributions to the war effort. The following is an introductory report outlining the roles of various groups that were involved in Wagga Wagga and surrounding areas.

The role of women in World War II

World War Two changed the paths of thousands of Australian women as they found themselves in altogether different roles than was traditionally known to them.

It became increasingly evident that women would be needed to fill the labour shortage as the men were recruited for active war service.

In 1939 the Commonwealth Government decided to authorise a Voluntary Women’s Register to enable all states to be uniform in the co-ordination of essential services in a national emergency.

The idea was to utilise specialised women’s skills so that they could be placed in an area of their expertise and interest.

On July 5, 1940 the Capitol Theatre in Wagga Wagga was the venue for a huge rally to inaugurate the Women’s Australian National Service (WANS).

This rally was the first in rural NSW and was held just ten days after the successful launch of the movement by Lady Wakehurst and Lady Gowrie in Sydney.

Lady Wakehurst urged the ladies present that their assistance was needed to open up new fields of training to fill the vacancies left by the men.

The State President of the Country Women’s Association, Mrs Ada Beveridge, addressed the gathering at the Capitol and outlined the work being carried out by English women. It was her belief that the first thing Wagga women could do was to support the aims and objects of WANS and become physically fit to enable them to cope with any situation.

Miss Lorna Byrne, organiser of the women’s branch of the Agricultural Bureau, spoke of the plan for the WANS which was for the organisation to train women into many diverse areas.

Miss Byrne was interested in the Women’s Land Army as it was a new concept to Australia at this time; it later became a paid service.

Development of the WANS

After approximately three months of tuition, the women were required to pass examinations for each course they enrolled in.

The women of Wagga Wagga worked incredibly hard in aid of the “Wagga War Effort,” especially in view of the fact that their involvement was all on a voluntary basis.

All voluntary organisations played important roles in the difficult time of war, some examples being the Voluntary Aid Detachment (VAD), the Red Cross, the various committees of the Women’s Voluntary Service (WVS), the Women’s Emergency Signalling Corps (WESC), the Air Raid Precautions Organisation (ARP), the Country Women’s Association (CWA) and the Women’s Auxiliaries of many organisations.

Women all over Australia acknowledged the necessity to support the men and boys who had joined the fighting forces.

The contribution of volunteers makes a dramatic difference to the cultural and social life of communities today and they should be acknowledged for the invisible work that they continue to do, sometimes for decades.

Life for millions of Australians would be dramatically different and people in all communities would feel the effect if the volunteers of this country did not assist in a multitude of fields.

As women’s involvement in the voluntary services had a huge impact on the Wagga Wagga community during World War Two, we intend to conduct more research into this particular area for future articles.

It would be very much appreciated if anyone could assist by supplying information or photographs which would be scanned and returned immediately. Our contact phone number is 6925 3666 or email  archive@csu.edu.au