The inaugural winner of the NSW Archival Research Fellowship was announced at the Premier’s History Awards which were held on Tuesday 27 October 2009. The winner, Dr Caroline Ford, has been awarded the $15,000 to enable her to research and write a history of Sydney’s relationship with its ocean foreshores, commencing in the 1820 and extending to 1920.

The Judging Panel noted that

The finished work will make extensive use of the NSW State archives when, what are now public beaches such as Bondi and Manly were included in land grants to private individuals. It will use the records of the NSW Department of Lands, as well as those created by the other key agencies such as the Colonial Secretary and the Surveyor General, to explore the material relating to coastal land acquisitions and land transactions. Using this material Dr Ford will document the history of the contest over Sydney’s coastal land and the debate over the public versus private use of the beaches, juxtaposing it with our modern understanding the beach as a site for recreation, which everyone has the right to access.

The judges were impressed by the quality of the submission and its promise to use sources within the NSW State archives, and the records of the NSW Department of Lands in particular, to explore the complex and conflict-filled history of Sydney’s ocean beaches for the first time. 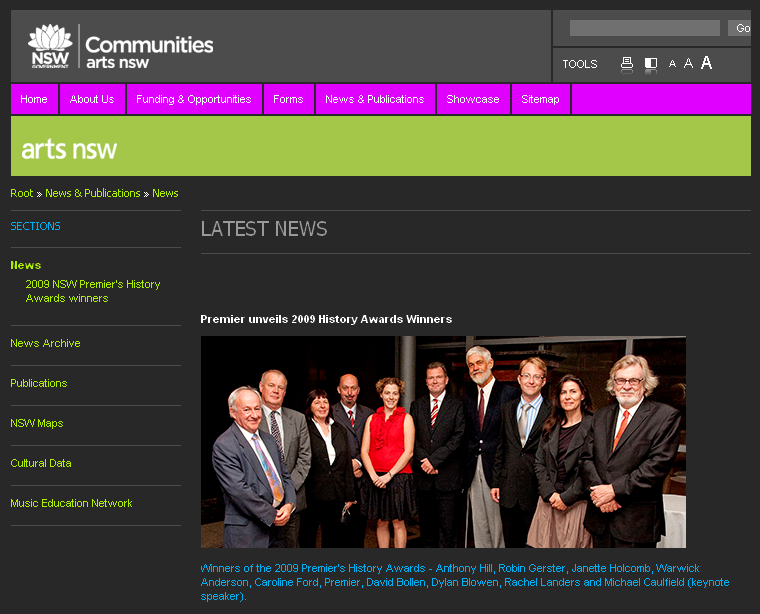 The awards are presented annually. Quoting from Wikipedia, the following awards (of $15,000 each) are offered: