A few links we have found online… 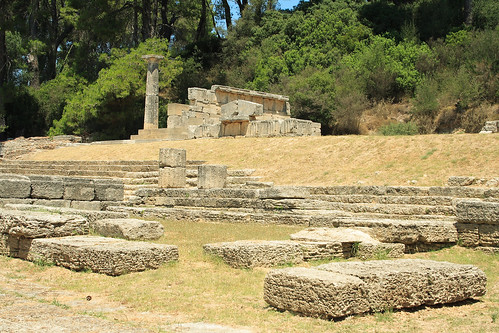 From the Metroon to Wikileaks: People, power and the archive

What is an archive? What is its purpose? Has the kind of archive that has evolved in 20th and early 21st century Western civilisation remained consistent with the underlying principles of the contract struck between the people and the State in a democracy, whereby the State establishes the archive in part as a guarantee of its ability to carry out its actions in a fair and accountable way? WikiLeaks, embodying as it does a renegotiation of the boundaries of knowledge and power that exist between the citizenry and the State, has brought into sharp relief the unhelpful layers of bureaucracy and vested political interests that have blunted the power of the archive in society. Now, as technology permits us to sweep away many of the encumbrances of the paper based recordkeeping legacy, is it possible for the archive to reclaim its position at the heart of a healthy democracy?

Continue reading the article by Cassie Findlay at Recordkeeping Roundtable

Boxing it up at the National Library of Australia

There’s something about a box that brings the curious out of people; what’s in it?  At the Library however, no time for such dreamings. A box is a means of housing an item, a very practical no-nonsense approach to storing.

I don’t seem to box as much as I would like; I have too many books to repair. But we have a steady repertoire of box types. Let me tell you about what I can make.

Read more from Erika Mordek on Behind the scenes blog.

Playtimes: A century of childrens games and rhymes

From conkers to singing games, rude rhymes to chasing games, Playtimes brings together a hundred years of children’s songs, rhymes and games. Explore war battles on bombsites, rude jokes on council estates, and fantasy TV shows in the playground, to discover the unique and fascinating world of children’s play.

Featuring film and audio clips as early as 1900, the website explores the enormous diversity of children’s games as well as the changes and continuities of play through time.

Archive of the Week – National Gallery of Ireland via @archivesireland

A cushion cover with a rose and olive motif, designed by William Morris and executed by Lily Yeats (1866–1949). In 1902, Elizabeth and her sister Lily Yeats joined Evelyn Gleeson in establishing a craft studio in Dublin called Dun Emer. This specialized in printing and other crafts. While living in London Elizabeth Yeats had been part of the circle of William Morris and had been inspired by his printing work.

(From the Yeats Archive, presented by Anne Yeats in 1996. #yeatsarchive)

View the full size photograph to count the stitches!

Gone With The Wind is full of lessons about love, life, and loss. Almost 75 years later, Scarlett’s silk wedding veil has one more lesson.

Read the full article on the Cultural Compass blog

Finding 11 Words in the Pentagon Papers via @CASSPF

AFTER all 7,000 pages of the Pentagon Papers were released last month, a parlor game was born: Find the 11 words that the government didn’t want you to read.

Those 11 words, on a single page, were supposed to be redacted when the papers were made public in their entirety by the National Archives and Records Administration. But the National Declassification Center reversed that decision after the Lyndon B. Johnson presidential library discovered that the full page — with all 11 words — had been released in the early 1970s by the House Armed Services Committee. Any effort to reclassify the words now would only call more attention to them.

For brands and businesses that have yet to see the true value of Twitter, expect to be impressed. Twitter just stepped up and demanded to be noticed. If you weren’t convinced of the physical traffic Twitter drives, you should definitely notice it now.