As part of the 100 year anniversary of WWI, State Records NSW and apps4nsw are challenging developers to create an app that uses the collection of WWI state records in new and innovative ways. The goal is to streamline access to state records regarding WWI and find new ways to link the data.

The winning app will help honour the ANZAC legacy. It could also earn its creators $15,000 in prize money.

As part of the 100 year anniversary of WW1, State Records NSW has developed a Centenary of Anzac website, which showcases records in our collection that relate to WW1. Data sets are also available on the NSW Open Data Portal

To take State Records NSW data and create new interfaces to connect researchers with the collection and provide new pathways to link material together. Ideally, the app will have a WWI focus; however, it can relate to the period in any way—home front, personal relationships, soldiers, government responses and social trends. 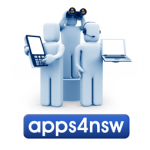 So get your submissions in to apps4nsw and help us honour the ANZAC legacy.

For more information on the challenge and how to enter, visit apps4nsw and NSW Anzac Centenary .

Three stunning hand-painted leather-bound volumes from a collection more than a century old will be on public display in Armidale on Wednesday 5 November.

“These fragile cloth-hinged albums, which only recently came into the public domain, were originally presented as a farewell gift to
Lord Carrington, Governor of New South Wales from 1885 to 1890,” Mr Hinchcliffe said.

“Lord Carrington was a much respected Governor in the 1880s and the finely detailed illuminated borders, hand painted
illustrations and well-wishing messages from residents, towns and associations across the state included in the albums indicate the high regard in which he was held.

“The volumes also give valuable insight into the optimistic and patriotic sentiment of the time in the lead up to Federation, with many of the gilt-edged pages proudly depicting flora and fauna distinctive to a region, local agricultural scenes or streetscapes of burgeoning rural towns.”

In 2014 the descendants of Lord Carrington donated the volumes to the people of NSW and they were presented to State Records NSW by then Governor Marie Bashir. Troops posing for a comical photograph after fall of German Papua, 1914 (Digitised from a Thomas James Rodoni Glass negative by Chris Fussell)

Gionni Di Gravio, Archivist of the University of Newcastle discusses plans for the recently donated glass negatives of the late Thomas James Rodoni that documented Australia’s first military conflict of the First World War, the fall of German New Guinea. The Collection also contains images from the lead up to the Great War, including what appears to be recruitment drives across Sydney and Newcastle. There are also images believed to be taken at places around Lithgow and Newcastle.

Learn more and view the stunning images at the University of Newcastle Cultural Collections blog.

Vote and have your say

Update: Poll now Closed. Thanks for Your Participation.

Here at State Records NSW we are looking at developing a digitisation strategy to cover the next 10 years. The aim is to select material to digitise and make available through our website (much like Sentenced beyond the Seas). One of the core selection criteria for this process is Access and this is where we need your help. We need you to tell us what you want!

If you’d like to participate please select up to 10 items you would like to see digitised from the survey below and click the “done” button to submit.

While we are aware that the survey will allow you to select more than 10 items only the first 10 items selected will be counted.

The survey will run until 1 October 2014 and we’ll publish the results once it’s done. Thanks for your assistance!

(NB For those of you wondering why some of your favourite series are missing they may be covered by one of the two other criteria we are using for selection; Preservation & Iconic e.g. Convict Indents are Iconic and are covered by that criteria. Please  ask in the comments if you would like to clarify if something is covered.)

“Universal Calamity Impending: The World’s Greatest War” was the news headline in The Daily Advertiser from 4 August 1914.  The phrase sums up well the air of foreboding that we imagine was hanging around on that day. It was on 4 August that Britain declared war on Germany.  And where Britain went, Australia was determined to follow.

With so many interwoven agreements, promises of support and alliances throughout Europe, when the Austrian Archduke Franz Ferdinand was assassinated in Sarajevo the resulting mess was seemingly inevitable. Countries were mobilising even before any declarations of war – Australia included. No one wanted to be caught out. In that Tuesday’s edition of The Daily Advertiser, the editor gave the people of Wagga details on what the Government could offer Britain in the event of war.  Prime Minister Joseph Cook was quoted as saying “the Australian fleet is ready, and at the disposal of the Empire, as it has been and ever will be when our navy is wanted to help the mother country.”

On Monday I attended the opening of the UOW Reflects on the Great War exhibition. The exhibition exists both online and in physical form form at the University of Wollongong Library and incorporates a public program of presentations. It runs from 25 August to 3 October 2014.

Stories from during the First World War will be shared via a series of presentations by local experts as part of an exhibition in recognition of the 100th anniversary of the outbreak of the war in 1914.

Hosted at the Panizzi Room, UOW Reflects On The Great War, draws on collections from the University library archives, the Illawarra Museum and other local collections.

Associate Professor John McQuilton, a co-curator of the exhibition, said the exhibition is intended for those who may have little knowledge of the war beyond Anzac and Gallipoli.

“The exhibition tells the story of the regional community during the Great War through artefacts, manuscripts, photographs and other materials. It shows the controversies and divisions evident during the war, and the cost of the war,” he said.

“It is often forgotten that communities were faced with the fact that this war brought with it the death of the young on a scale hitherto unknown,” he added.

This is highly recommended! Don’t miss out! 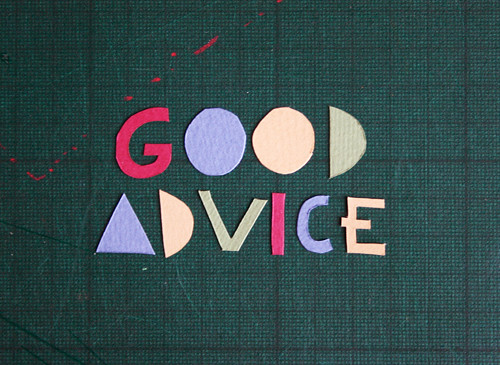 Professional Advice and Project Assistance is available across all the collection areas and other areas of museum practice such as developing exhibitions, museum learning, publishing, security and marketing. Note, if a site visit is arranged a fee to cover costs incurred may apply.

Learn more from the guidelines and Apply Here 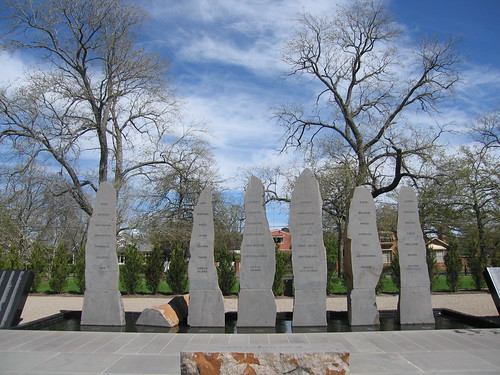 Where: The Mint, 10 Macquarie , Sydney

The current embrace of former prisoners of war (POWs) of the Japanese as veterans who suffered undue hardships in the service of their nation belies a more complicated history. Focusing on the immediate post-war period until the 1970s, Professor Christina Twomey explores in her lecture the rare testimony from ex-POWs about how they experienced life in Australia after their return home. Many applicants to the POW Trust Fund (1952-77) certainly believed that captivity had blighted their chances and disrupted their capacity to find employment, connect properly with other people or to settle down and find happiness in work and family life. Whether imprisonment in war caused their problems, or merely compounded an existing structural disadvantage or personality failing, lay at the heart of the Trustees’ deliberations. The way Trustees chose to find an answer, which drew upon networks of information available from private charity and assumptions about who or what constituted a deserving case, demonstrates the limits of sympathy for damaged and broken men.

Over the Australia Day 2014 long weekend, I was contacted by Dr Judy Galvin, who completed her PhD back in 1983 on the Lettesi in Newcastle.

The Lettesi were a community of Italian immigrants from the town of Lettopalena, located in the Abruzzi region (Chieti province) of Italy.

Here is an introduction by Dr Judith Galvin, from the work “The Lettesi Story: A Community in Search of Place” pp. 5-7:

“The Lettesi in Newcastle are the extended family members of 145 households, where either one or both partners were born in Lettopalena, Italy. Most of this core group of first generation immigrants arrived in Australia over the seven-year period from 1950 to 1956 and after working in the cane fields, settled mainly in Hamilton, a working-class suburb, close to the heavy industries and port facilities of Newcastle.

The community evolved through a chain migration process that began with the arrival, in 1925, of Giacomo De Vitis. In 1927, Giacomo called his brother-in-law, Arcangelo Rossetti. In 1938 Arcangelo’s sons, Antonio and Giacomo, bought a cane farm in Proserpine where the brothers later purchased farms of their own. These farms became the focus for a major post-war exodus, sponsored mainly by Antonio, with assistance from Giacomo, and other Italian farmers.